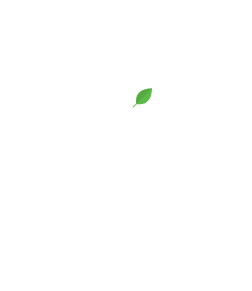 Come and discover the ruins of the Cistercian Abbey of Saint-Maurice standing on the right bank of the Laïta, in the forest of Carnoët.
Brittany visit Abbey site of St Maurice

The site of Saint-Maurice comprises 123 ha of woods, moors, salt meadows and grazed meadows on the banks of the coastal river Laïta, in the Clohars-Carnoët forest. Founded in the 12th century, the Abbey is surrounded by history, a symbol of Breton heritage and heritage.
During a free or guided visit, you can discover the history of these remains, the oldest of which date back to the 13th century, understand the life of the Cistercian monks in the Middle Ages thanks to the permanent exhibition, and contemplate the silhouette of the hundred-year-old sequoias.
The park and the exhibitions can be visited in a protected natural site.

Listed landscape, property of the Conservatoire du Littoral, the abbey site of Saint Maurice is also a place for observing the fauna and flora, between land and sea. You will be able to observe different types of plants, ranging from carnivorous plants to lichen, but also many protected species.

Throughout the seasons, you will see hundreds of different species of birds occupying the premises. In winter, the marsh snipes feed and rest a few metres from the observers, in spring several species of woodpeckers, including the black woodpecker, drum on the old trees. In summer, hundreds of gulls come to rest in the Saint-Maurice cove and at night, the ballet of bats passes almost unnoticed above the pond. These can be observed in the heart of the abbey.

Naéco Hostels Le Pouldu: a starting point for your discoveries of the Breton heritage

The values of Naéco Hostels are sleeping, relaxing and sharing.

The pointe du Raz and The ile de Sein

The island of Groix

The Country of Quimperlé

The beaches of Le Pouldu